Here at The Wonky Food Company, we're very excited to announce the release of a new limited edition 'extra hot' run of our Chilli Tomato Relish.

Chillies are an ingredient that spice up any dish and are a major component in many southeast Asian, African, and South American dishes. But while it may be big in various food dishes overseas, it has only started being more appreciated in the UK in the past couple of decades. It has also not been commonly grown in the UK, though this is changing thanks to producers such as The Oxfordshire Chilli Garden whose speciality is growing and harvesting all types of chillies.

I managed to speak to Rawdon Wyatt from Oxfordshire Chilli Garden who supplied a batch of baby Scotch Bonnets to The Wonky Food Company for our limited edition Fiery Tomato Relish. Rawdon kindly answered my questions about the history of the company and how his interest in chillies came about. 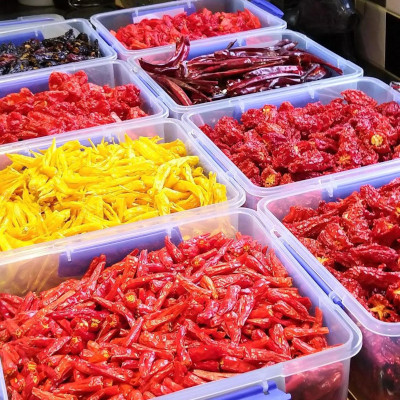 Tell us more about the history of the company.

I started growing chillies as a hobby about 30 years ago. I was working out in Southeast Asia, and had a few plants on my balcony and that’s why I started to develop a liking for chillies. You had to out there, as pretty much every dish you ate had some sort of chilli or heat in it! When I moved back, I decided to have a go at growing chillies here in England, and I continued doing that as an interest for quite a few years while I was an educational author. But then I decided I wanted to do something different, and thought about starting a market garden business to see if there was a demand for chillies. Once I started selling them, I saw that there clearly was! We’ve been going as a business for almost 5 years now, and have grown steadily over that time.

Where are you based and who do you supply?

Our main greenhouse is just outside of Witney and we have a smaller greenhouse nearer to home, in Eynsham. Half of our chillies go to food producers (such as The Wonky Food Co), a quarter goes to independent caterers, and the other quarter goes to local shops. We supply the chillies fresh when they’re in season, and dried and powdered when out of season. Most of the companies we work with are based in Oxfordshire, though a few are in Gloucestershire too. 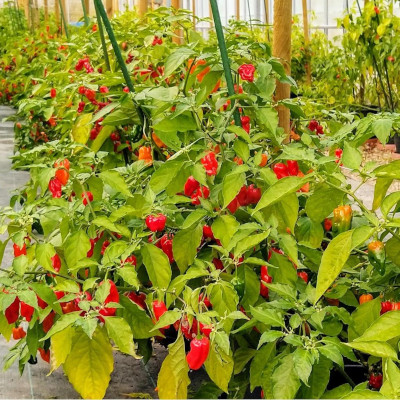 Moving onto the topic of sustainability, what do you do with your imperfect and surplus?

We're zero waste, so everything gets used. For example, if we have a lot of misshapen fruits that people might turn their noses up at in the shops, we dry them and powder them or smoke them before drying and powdering them, so everything will get sold or used in one form or another, no matter what the shape or size. It does happen quite a lot, you'll get a plant with 100 nice chillies then 10 that don’t fit people's idea of what they should be.

What are the benefits to you from working with The Wonky Food Co?

Working with the Wonky Food Company means I can easily sell produce that may be quite difficult to sell otherwise. For example, Wonky Food bought a lot of our misshapen Scotch Bonnet chillies. Had this not been the case, I would have had to repair, dehydrate and finally powder them up. This is an extensive process, and we're already strapped for time, especially during the harvest period.

Wonky Food is an advantage to me simply because the produce is being used. The chillies aren't sitting there at risk of going off because I don't have the time to prepare them. It means I know the chillies aren't wasted, and they're being used in a great product too. 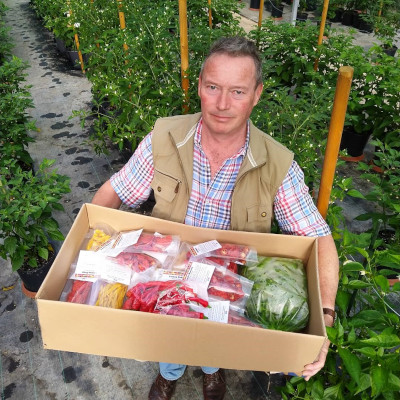 What do you have planned for the future of the Oxfordshire Chilli Garden?

We'd like to expand a little bit, we've had a big increase in orders over the last couple of years and we're growing to capacity now in as much as everything we do grow, we have a market for. It would be quite nice to be in a position where someone could come up to us now and say "I need 2 kg of Scotch Bonnets" and us being able to go out and pick them rather than us having to say, "you'll have to wait a couple of weeks before they're ready." By expanding we would have more plants and more produce ready as and when we need it. Chillies are very seasonal, they're only really in season from September to October, depending on the variety. So, our main aim is to find a bigger growing space!

Do you have any interesting facts about chillies?

Interesting chilli facts? Oh gosh! I'll give an example of how I've used one before. A few years ago, I had a really bad abscess on my tooth, and I'd been to the dentist and they had prescribed some antibiotics. Of course, antibiotics take a few days to kick in and this was an extreme pain in my mouth so what I did is take the hottest chilli we have growing, the Dorset Naga, a ferociously hot chilli and nibbled a little bit of it. I wouldn't recommend doing this by the way, it's very painful! The extreme heat caused my endorphins to kick in and the pain of the chillies went along with the pain of the abscess! 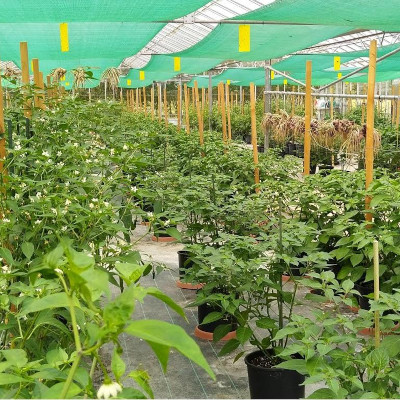 What is your favourite recipe that involves chillies?

I developed a love for Southeast Asian dishes, so anything from Malaysia, Indonesia, Singapore, and Thailand. If I had to say one dish, I would say a really good curry. Something like a good beef Rendang, which is not really hot, but the chillies add a lot of flavour.

You grow many different types of chillies, which one is your favourite to use and why?

We grow 15 types of chillies, but my favourite would have to be the first one I ever grew, the Piri Piri, which is also known as the African Birds' Eye. The plant I'm growing is a descendant of the one that I originally grew on my balcony in Singapore. I take the seeds from the chilli and grow a new plant and take the chilli from that and take the seeds and so on. This plant is probably in it's 30th generation, and I love it! It's a small chilli, it's quite fiery and it's the sort of chilli you'd find in a vindaloo, very similar to a small hot Thai chilli.

For more information on The Oxfordshire Chilli Garden,
visit www.oxfordshirechilligarden.co.uk 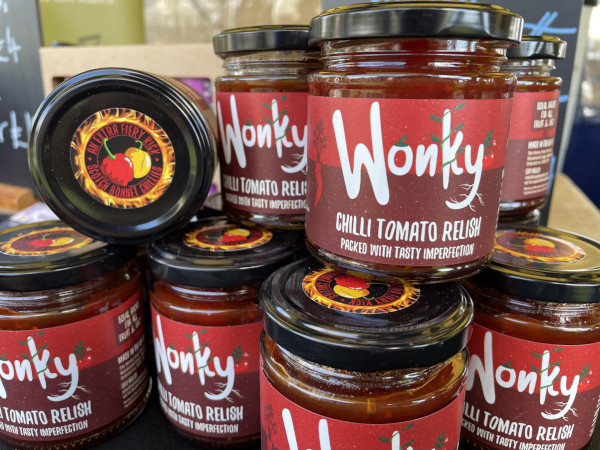 Our limited edition Fiery Tomato Relish is only around while stocks last.
Buy it here!