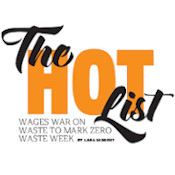 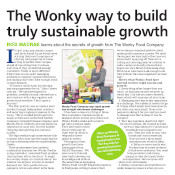 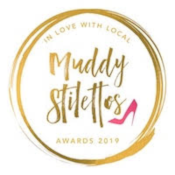 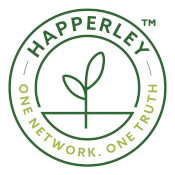 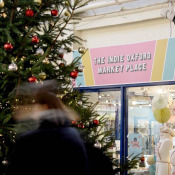 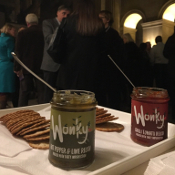 Blenheim Palace chief executive Dominic Hare has revealed a new partnership with The Wonky Food Company as part of an initiative to support start-up companies in the area. He made the announcement last night during a speech in Blenheim Palace’s Great Hall as part of celebrations to mark the 50th edition of business magazine, B4.

The Blenheim Palace shop will be one of the first to stock The Wonky Food Company’s range of relishes made from imperfect and surplus fruit and veg when they launch in April. The team at Blenheim are also exploring several other ways in which it can help support the local start-up, which started from a kitchen table in the village of Combe, which borders the grounds of Blenheim.

Guests enjoyed an evening of relaxed networking, drinks and canapés, as well as having the opportunity to sample some of The Wonky Food Company’s delicious relishes.

As part of the package of support, The Wonky Food Company will also enjoy a year’s membership as part of B4, the county’s leading business network.

Ashley Cavers, co-founder of The Wonky Food Company commented: “It was a privilege to be invited to attend B4’s 50th Edition celebrations, and have the opportunity to talk about our business, as well as announce our exciting new partnership with Blenheim Palace. To have the support of such respected and established businesses as B4 and Blenheim will be invaluable as we embark on our new venture.”